Patrol Officer Stephan Holmes, Sr., might be new to the Charlotte-Mecklenburg Police Department, but he already knows there’s no limit to growth potential here.

“My experience has been nothing short of amazing,” says Holmes, who completed his lateral transfer to Charlotte from Memphis in early 2022.

Holmes says options for laterals are strong here compared to other departments across the U.S. What’s more: He’s confident his CMPD team has his back.

“The staff support you in what you would like to do and in what you’re doing right now, in the moment,” he says. “The supervisors do their best to get to know who I am, why I came here, what my purpose is for being here. I am very excited and I can’t wait to see what CMPD has to offer.”

Holmes knew he wanted to be a police officer from the time he was 7 years old, but that doesn’t mean his path to the badge was straight or simple.

He grew up in Arkansas as part of a large, single-parent family. He was a popular kid and, by the time he entered high school, he’d figured out he could draw more attention acting out in the classroom than he could on a sports field.

As a result, he had a tendency to find trouble – or for trouble to find him. He ended up in multiple fights and was expelled for his behavior by sophomore year.

It was during his teens Holmes met a police officer who would eventually become a sort of role model and mentor.

“There was this one police officer who was always encouraging me to do better,” he says. “He would tell me, ‘Hey, you’re too smart to be hanging out with this crowd and I believe in you.’ He saw something in me I didn’t see in myself at the time.”

Though as a young man he didn’t want to hear it, the officer’s words and actions left a mark that stayed with Holmes into adulthood.

“He served the community with great pride, loved what he did, loved his family, loved his friends,” says Holmes. “I wanted that same respect. I wanted to be just like him because I love people.”

After Holmes was expelled, he worked with his aunt making cargo nets for the military. It wasn’t until years later, with the support and encouragement of his fiancé (now wife) that he completed his GED. After that, he received a scholarship to attend college in Chicago where he completed two degrees, including a bachelor’s in forensic science. He was the first of his siblings to earn an advanced education.

“I didn’t want to be that person to tell my kids, ‘You need to go to school,’ and here I’m a high school dropout,” he says of the conversation he imagined having with his children. “Here it is, I’m wandering around trying to figure out what it is I’m going to do next, knowing that I want to be a police [officer] but I have to apply myself.”

‘People are at the forefront of your job’

Holmes graduated from the police academy in Memphis in 2017 and worked there until his lateral transfer to Charlotte in January 2022. Working in Memphis, he says, changed the way he thinks about and sees his job.

“You had to know how to talk to people,” he says. “You had to not only love your job, but to love interacting with people because people are at the forefront of your job.”

Today, he says meeting people on their level is one of the things he loves most about being a sworn officer.

Holmes completed his lateral training in February 2022 and works as a patrol officer in CMPD’s Freedom Division. When he’s not on the job, you might find him enjoying fixtures of the Queen City’s professional sports scene including NASCAR, the Carolina Panthers and the Charlotte Knights.

Ready to join Officer Holmes and the men and women of CMPD? Start your new trainee, lateral entry or intermediate entry application today. 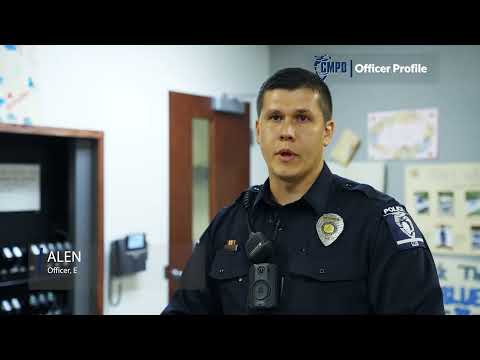 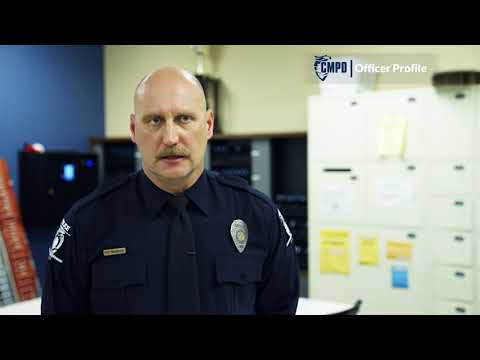 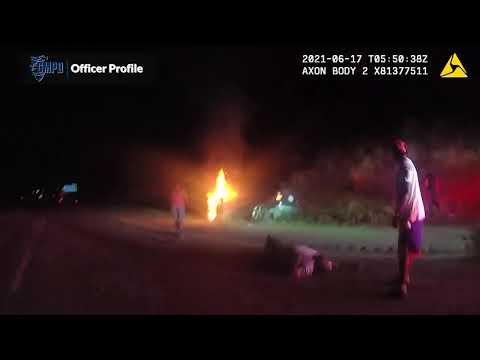 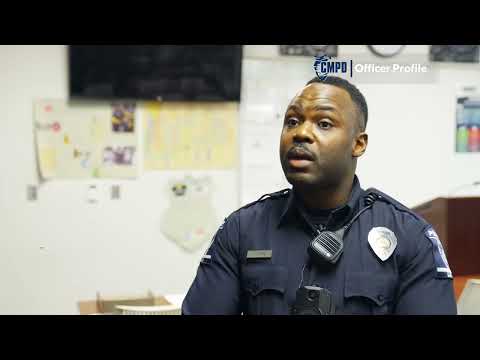 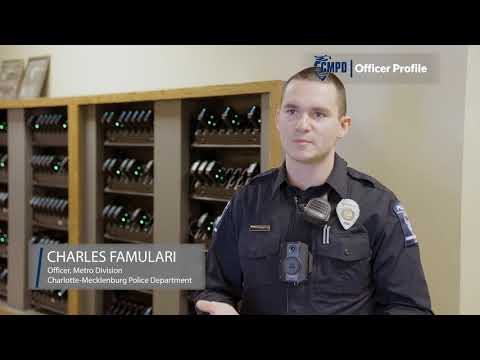 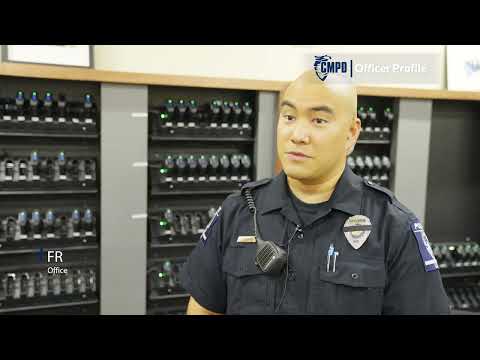 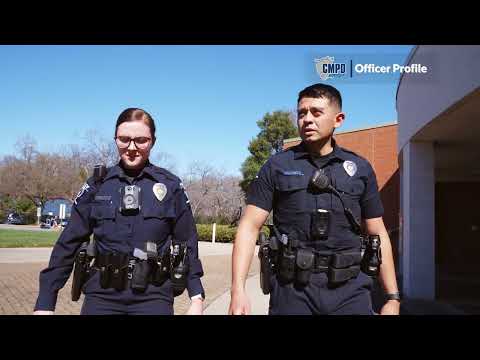 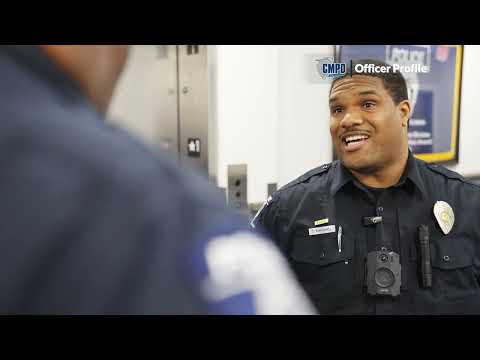 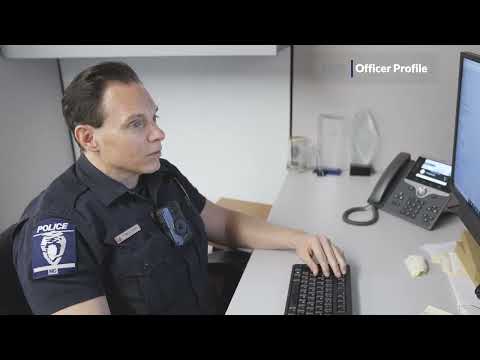 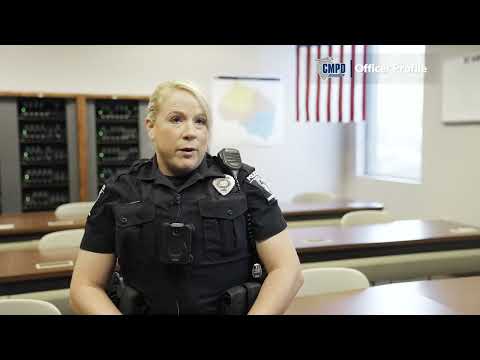 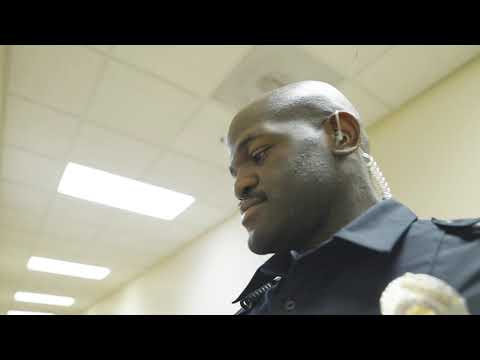 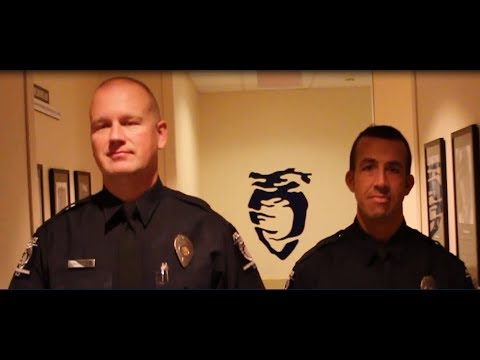 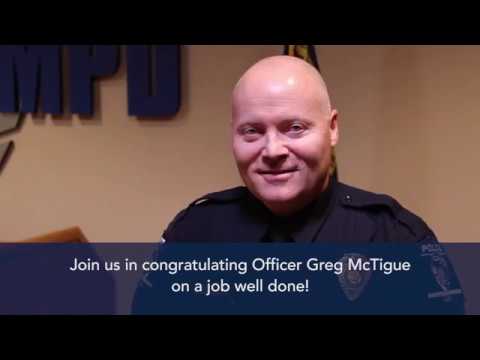 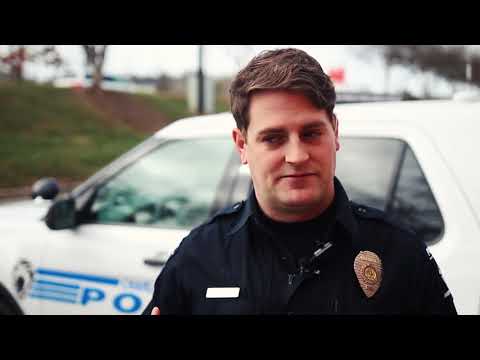 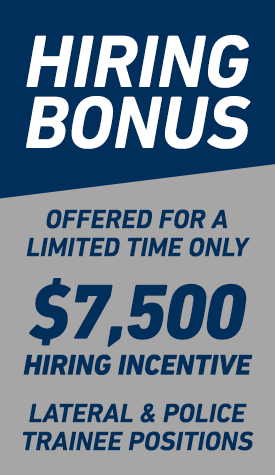